China faces a depreciating currency, a bond market that has switched from rally to sell off, huge outflows of cash, and what looks like a resurgence of inflation.

Fixing one of these problems alone would be a huge challenge to the People’s Bank. The combination leaves the central bank with a situation where fixing one problem may just make the others worse. Increasingly the People’s Bank looks like it is rushing from problem to problem, giving  the crisis-of-day a whack and then rushing to figure out what’s likely to pop up next that will deserve a bash with the mallet. As anyone who has ever played the boardwalk game Whac-A-Mole knows, this kind of frenzy usually doesn’t result in anything good.

The most recent crises that need a whack are in the bond and property markets. The 10-year government bond climbed to an 18-month high yield of 3.35% last week (remember bond prices fall when yields climb) and trading in futures on the 10-year bond was suspended briefly last week after they fell by their maximum 2% limit. It was the first suspension in futures trading since it was relaunched in 2013.

There seem to be two causes for the bond market rout. First, the decision by the U.S. Federal Reserve to raise interest rates resulted in cash flowing out of the Chinese yuan and yuan-denominated assets and into dollars. Second, the People’s Bank of China has tightened China’s money supply in an effort to damp inflation and to deflate/prevent bubbles in China’s real estate and wealth management markets.

In the real estate market central bank policies have brought housing prices to a standstill in China’s top markets. In November prices for newly built homes in Beijing, Shenzhen, Shanghai, and Guangzhou grew by just 0.1% from October. Month over month price increases had been growing by 3% to 4% recently. The result isn’t surprising since city governments had made it harder to buy second homes and increased the size of required down payments. Property developers have been prevented from borrowing to buy land. Real estate analysts are now forecasting a 5% to 10% drop in home prices in these markets.

All of which has had the un-intended effect of pushing down growth in the economy as a whole, perhaps enough to put next year’s target of 6.5% growth at risk. It has also added to the stress in the financial system as banks are now looking at increased levels of debt from property developers. Slightly further down the road, fears of slower economic growth and of China’s growing bad debt problem put more pressure on China’s currency. A slump in real estate prices would send even more cash off shore, legally or illegally, as wealthier Chinese look for safe havens for their money.

At the same time the Ministry of Finance has cut the size of its bond offerings. The last sale saw just 16 billion yuan offered when the sale had been previously announced at 28 billion.

The end of the bond rally has created ripples that have spread out across the economy. Traders and investors had been borrowing money at low rates in the money markets and then using that to buy bonds, which then rose in price, encouraging more people to pour into this trade. Since August, though, the People’s Bank has been tightening money supply in money markets and that has led to lenders asking for their money back–since the People’s Bank action had reduced their access to liquidity too. With bond prices falling as well parts of the interconnected financial and corporate sectors are starting to feel the squeeze. That’s an especially big problem in the corporate sector where many Chinese companies have loaded up on debt, raised money in the debt markets to make up for a lack of profits, or themselves traded the financial markets to make up for the cash that their core business isn’t generating.

All this has sent traders and investors–and indeed anyone with cash–scrambling in two directions. First, it has sent even more cash into managed products at banks and other investment managers. Some of this cash is actually money generated by loans from the very institutions that then invest the proceeds and those loans are often collateralized with bonds and other assets that have lost value lately. The People’s Bank has cracked down recently on these off-the-books loans and investment products in an effort to prevent China’s banks and companies from building their big mountain of bad debt even higher. Second, cash looking for returns and safety has been looking to leave China. That has led to further downward pressure on the yuan–which has forced the People’s Bank to spend more than $1 trillion in foreign exchange reserves to prop up the country’s currency. And it has led to new tighter regulations designed to slow the flow of money out of China. Those currency restrictions have severely undermined efforts by Beijing to win reserve currency status for the yuan. (And the efforts to support the yuan haven’t been totally successful. The currency is down 6.7% in 2016. Which, of course, has just added to fuel to arguments in the incoming Trump administration to brand China a currency manipulator.)

Add in a very recent uptick in inflation–producer pries haste climbed 3.3% in 2016 as of November–and the People’s Bank may be looking at having to start whacking another set of problems.

Effects from all of this for you and your portfolio to worry about? First, any slowdown in China will have a huge effect on the global economy and especially on those developing economies that rely on commodity exports. Second, China’s willingness of resort to currency controls has emboldened other development economies to consider similar moves. Indonesia, Malaysia, and India are on Wall Street’s short list for countries considering currency controls. Third, the depreciation of the Chinese yuan and of other emerging market currencies such as the peso and Turkish lira will make efforts by the Trump administration to cut the U.S. trade deficit really, really difficult–especially if those economies slow. There’s certainly a chance for an overreaction by the incoming U.S. administration.

And, there’s also an increasing chance that the People’s Bank will reverse policy again, having decided that sacrificing growth in order to prevent further deterioration in the financial system is just too politically dangerous. That has happened before. The cost is pushing off any solution to the real problems and allowing them to become bigger. Which makes them tougher to eventually address. 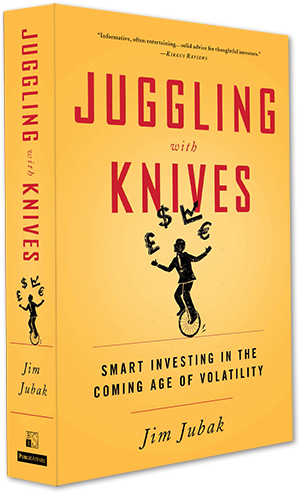